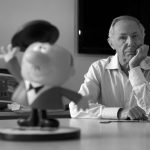 A 60-years career behind, Bruno Bozzetto is esteemed as one of the most eclectic and influential Cartoonists of yesterday and of today. His minimalist style focuses on the content more than the aesthetics to talk about universal themes with an educational approach and through a scratching irony that make his films suitable for a young adult audience. From the 1960s up to today he has made over three hundreds films that earned him 130 acknowledgments among which the remarkable Winsor McCay Award, 5 Silver Ribbon Awards, an Honorary degree, 15 Awards to the Career, an Oscar Nomination (to the short “Grasshoppers”) and a Berlin Golden Bear Award (to “Mr Tao”). Amongst the most famous titles of his own production and of co-production it’s worth pointing out “West&Soda” (1965), “Vip my brother Superman” (1968), “Allegro non troppo” (1976), “Mr Rossi looks for happiness” (1975), “Under the Chinese Restaurant” (1987), “Europe&Italy” (1999), “Quark” and “Superquark” (educational animated episodes written by science journalist Piero Angela). Today Bruno keeps working in the industry by creating new subjects, by animating and sketching on his own, but also cooperating to wider projects through Bozzetto&Co Studio of Production. He also takes part to films festivals, events and masterclasses in Italy and worldwide. Several exhibitions have been set up through the years, the most prestigious of which is “Animation, Maestro!”, wanted by Diane Disney Miller in 2013, at the Walt Disney Family Museum of San Francisco. The Bozzetto crew believes that an original artwork-based exhibition is the best way to show the magic of animation through original sketches, storyboards and especially cels. 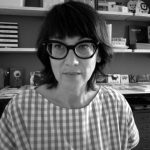 Debbie Bibo is a literary agent and editorial producer of children’s picture books and illustrated books. Born and raised in California, she moved to Milan in 1992 and worked for years in the field of art publishing before founding her agency in 2011. The agency represents and promotes an eclectic selection of debut and award-winning authors and illustrators, who come from all over the world. She is an editorial consultant to some international museums and holds lectures on picture books and the illustrated book market at Mimaster in Milan, the Europe Institute of Design and the Ars in Fabula School in Macerata. 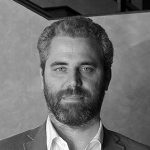 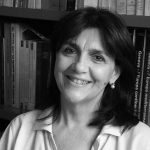 Maria Flora Giubilei is an art historian. After winning the competition for managing director of the Galleria d’Arte Moderna in Genoa in 1988, she has been the director of the Museums of Nervi – Galleria d’Arte Moderna of Genoa, Raccolte Frugone and Luxoro Museum since 2001. She is co-editor of two art books with stories and illustrations for children, author of essays on the history of Italian arts from the first half of the nineteenth century to the present, on the history of collecting in the same period. She has participated in many conventions, seminars and cultural events and has curated many contemporary art exhibitions. 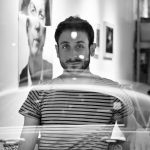 Illustrator, winner of the 14th edition of the Tapirulan illustrators contest

Joey Guidone was born in Ivrea, Italy, in 1985. He studied at the IED of Turin and at the MiMaster, in Milan. Since 2015 he as been working as a freelance illustrator. He is currently represented by Salzman Int., an agency based in California. Joey works mainly in the U.S. publishing industry: The New York Times, ESPN, Variety are some of his clients. Occasionally, he collaborates also with Italian magazines and newspapers such as la Repubblica, Internazionale, Feltrinelli, Vanity Fair.Since the beginning of his career, he has been awarded several times from the NY Society of Illustrators, Communication Arts, 3×3, Association of Illustrators (AOI), Applied Arts and Tapirulan. Learn more about Joey Guidone’s portfolio and visit his website www.joeyguidone.com and his social media Instagram, Behance, Pinterest 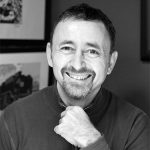 Gregory Panaccione has been passionate about drawing since a very early age. He began his career as an illustrator for advertising, all the while looking to break into the world of the comic book. It was quite by chance then that he found himself working in animation. He started out as a character and background designer for the company “STORY”, where he subsequently trained to be a professional story-board artist. Thus Gregory storyboarded for many years on a broad range of series having many different styles such as “TotallySpies”, “Corto Maltese”, “Allo la terre ici les Martins”. He moved to Milan in 2000 where he played an active role in many and various European productions (France, Germany, Italy..) as either director, author, designer, Layout artist, animator, or illustrator etc … 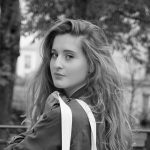 Agathe Sorlet is a French artist who works between Paris and London. She graduated from Les Gobelins – the ecole de l’image. He makes illustrations and animations in his home office, but he also loves to draw people outside, he always carries a sketchbook and a pen in case he comes across someone or something that catches his eye. He started drawing from an early age reproducing at first his favorite books like Tintin, the Smurfs, Asterix and Obelix and then his manga collections: Naruto, Nana, Love Hina, etc. Over time, he developed his unmistakable personal style. 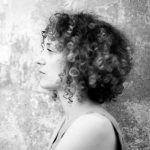 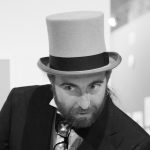 It was at high school that Fabio Toninelli developed his current passions: illustration, music and narrative. So at university, he enrolled in Economics and Commerce, thinking that the double game, marketing plans and codes of commercial law, would stimulate his creativity. In fact, he turned his interest to graphic design and photography. After earning his degree he founded Tapirulan along with some friends. Tapirulan became an association, a publishing house, a gallery, a library. He has collaborated with public institutions, festivals, museums and galleries.